For me, as for so many other cricket enthusiasts of my age, there is one voice above all that immediately summons up a picture of sunny afternoons, white flannels, and the unmistakable sound of bat on ball. Even now, to hear the rich Hampshire burr of John Arlott transports me back half a century in a way no other sound or sight can quite match. There are other voices of course: Rex Alston, Brian Johnston, Peter West, E. W. Swanton, but none have that magic. Arlott is unique in that I can happily re-listen to recordings of his commentaries on matches of long ago. To hear him is to see again my heroes: Compton, Cowdrey, Bailey, Edrich, Dexter, Graveney, May, Barrington, Trueman and Statham, Lock and Laker, live again. No commentator I know of had that knack of conjuring up the scene by his poetic descriptions. ‘Trueman glares at the batsman and flicks back his black mane that has fallen over one eye. He begins his long walk back to the start of his run, refurling his right sleeve. A seagull soars lazily overhead. He turns, pauses, and begins that rhythmic pounding run …’. You did not have to be at the ground or be watching it on TV; the game unfolded in the mind’s eye. Some of my heroes became voices themselves, as professional pundits, asked to comment on the more technical aspects of the game. Trevor Bailey, the Mr. Jingle of cricket commentary. ‘What did you make of that dismissal, Trevor?’ ‘Good ball. Loose shot. First slip. Good catch.’ Or fiery Fred exhorting the bowler to do what he rarely managed himself, to pitch it up, and focus on line and length. And later, another Yorkshireman, Geoffrey Boycott: ‘my mother could have hit that with a stick of rhubarb.’

Given my love of cricket, it’s rather surprising to realise how very few matches I actually watched. My father took me to see the West Indies bat against Nottinghamshire at Trent Bridge; a display of control and elegance I never forgot. (It was on this occasion that my father seeing Sir Len Hutton, who was now writing a newspaper column, walking by went straight up to him and asked if he would shake hands with his ‘little boy’. I was so overawed that I have no idea what I said; I think I stammered something. When we got home my mother said that she hoped I had remembered to call him ‘Sir’ which threw me into guilty confusion.) I saw Brian Close memorably defy the West Indies seam attack; there were photos in the next day’s newspapers of his body covered in bruises. I went with a friend to see Kent play Warwickshire. And I saw Viv Richards destroy the bowling in a Sunday afternoon match. That is my full acquaintance with the professional game. I did, however, greatly enjoy the games between local teams at the Police Training Ground a few yards from our home. I even helped score for them once or twice. Especially thrilling were the early Sunday games, when some of my heroes came out of retirement to entertain and earn a little extra. On that tiny ground, you could really see the action close to. And that partly explains why I saw so little of the professional game. It’s very difficult, in most parts of a large county ground, to make out anything in detail.

And then Test Matches, which were what interested me most, began to be broadcast by BBC TV. Frankly, even in the early days, the view through the camera was greatly superior to what one could see at the ground. I recall Benaud bowling May round his legs. My father was convinced that it was impossible; the wicketkeeper must have knocked off the bails. But a second camera angle showed that Benaud had indeed done what seemed impossible – something one could not fully appreciate from any one angle. Nowadays one can see, in slow motion, details that even cricketers themselves had never seen before, such as the position of the seam during the flight of the ball. Of course, I never listened to the inane TV commentaries! No; one turned down the sound on the TV, turned up Test Match Special on the radio, and enjoyed the best of both worlds. 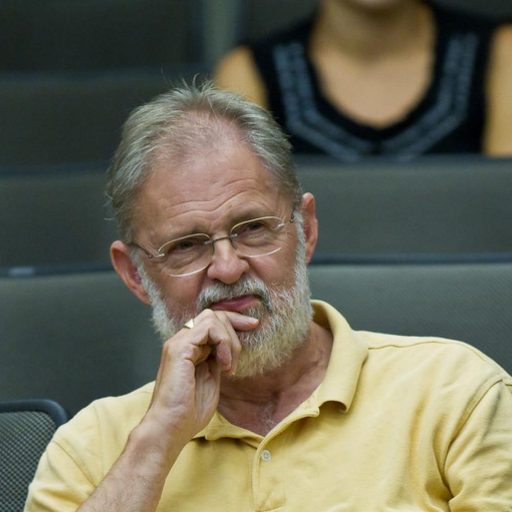